What Led Me to Biological Dentistry 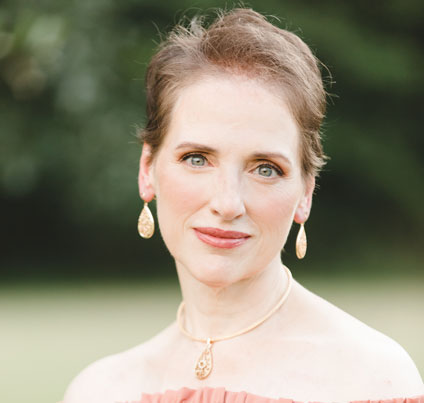 One of the questions that I get asked a lot when people meet me is why I chose biological dentistry. It’s not an easy path to go down. Biological dentists are ridiculed and mocked and frankly, bullied, by allopathic dentists. So WHY would I choose to go down this more difficult path? Nobody in their right mind would choose to be mocked, and bullied willingly, would they? Well, as with most doctors who make the change, the problems start close to home. Either we, or our family members, are affected by something that allopathic medicine can’t fix. And sure enough, with me, my first foray into holistic approaches to health started with my youngest child.

She was born 7 weeks early after almost killing me, and spent 3.5 weeks in the NICU. She did great, but my milk dried up the day she came home, and had never been plentiful to begin with. The doctors gave us the standard formulas they give to all preemies. She vomited them up as soon as they touched her stomach. Picture “The Exorcist” … So we tried other formulas. Dairy. Non Dairy. With iron. Without Iron. The broken down protein formulas. Same result. When she came home, she was 5.5lbs. Within a week, she had lost half a pound. I talked to some friends of mine and they donated a few days’ worth of their breast milk to me. She did GREAT on the breast milk. So I talked to her pediatrician and asked her to prescribe donor milk from the Austin Milk Bank. I didn’t know about HumanMilk4HumanBabies at the time. She did very well on the donated milk from the milk bank, and she started gaining weight again. But it was $4.25 PER OUNCE at the time. I have heard the price has gone up to $4.50 nowadays. Insanity for DONATED milk. But I understand. They want to make sure they normalize it for all babies. They deal with very sick ones and micro preemies, etc. Anyway, our insurance didn’t cover it, using the excuse that they did not cover nutritional supplements (and the argument that it’s not a supplement if it’s the only thing a baby can eat didn’t fly with them), and it cost over $3800 per month to use it. We lasted 5 weeks on it – long enough for me to do my research and determine that I DIDN’T want my baby to have to go on the broken down protein formula and then have to take reflux medicine. That was my breaking point.

During those 5 weeks, I did my research. I figured that babies had been born for many eons without processed formulas. That mothers had died in childbirth, or been unable to breastfeed, and their babies survived. So I KNEW there had to be a different solution than giving her the commercial formulas that made her throw up. During my research, I encountered the work of Dr. Weston Price. He was a dentist who lived 100 years ago. And he did the most remarkable research! He studied the 14 longest lived societies on this earth to find out what they had in common. And then he wrote a book, called Nutrition and Physical Degeneration. If you haven’t read it, I TOTALLY recommend it. Anyway, he found that the longest lived societies had very little cancer, heart disease, diabetes, and other modern ailments. And because he was a dentist, he discovered dental features they had in common as well as living a long life. They all had broad jaws, prominent cheeks, straight teeth, broad noses, straight backs. They were strong, and fertile, kept most or all of their teeth throughout their long lives. They had very little decay or gum disease. And though they lived very far apart – from the Inuit in Alaska to the native tribes in Tonga and more – they had diets that did have some things in common.
• They ate diets that were high in saturated fats
• They ate diets that were rich in lactofermented foods – such as kefir, kvass, kombucha, pickles, sauerkraut, yogurt, and more
• They ate diets that wasted nothing, so they ate snout to tail and everything in between. That included many organ meats, and it also included mineral rich bone broths.
• They ate diets that did not contain any processed sugars. Anything sweet was a total treat, to be enjoyed once in a blue moon, and not even once a week. Natural sugars came from fresh fruits straight from the local plants.

This research intrigued me, of course. Because he was a dentist! I geeked out!

Anyway, when I discovered Dr. Price, I also discovered the Weston Price Foundation. And through that foundation, I also discovered their homemade baby formula made from raw Cow’s milk. I found the recipe in a book written by the president of the foundation. Her name is Sally Fallon, and she wrote Nourishing Traditions. In it, she presented a homemade baby formula that would mimic breast milk quite closely. I read the entire book! It seemed an answer to my prayers, so I found a farm near me that supplied raw milk, and I contacted the farm. They put me in touch with my nearest coop (it was a group of families who took turns driving to the farm to pick up milk weekly), and we joined. I made my first batch of formula, following the recipe, and tried it on my baby (I had about two weeks’ worth of frozen donor milk left if this option didn’t pan out). To my total surprise and delight, she did phenomenally well! When she was born, she was in the 3rd percentile. By the time she was 3 months old, she was in the 25th percentile. And by the time she was 6 months old, she had caught up and was in the 50th percentile for length and weight.

My pediatrician wasn’t pleased that we were giving her formula made from cow’s milk. She told me that it was going to cause a bleed in her gut. And at 6 months of age, she did a test for anemia. Sure enough, she had severe anemia. Her hematocrit was 6.6 (normal is 14-17, though they claim normal is 12 now, and they do iron infusions for most people at 10). Her doctor was convinced she was bleeding internally and did more testing, only to find out that she was not bleeding anywhere, and was otherwise healthy. Since I run anemic and it runs in my family, I knew that it was likely the family curse, and not the homemade formula. Anyway, the pediatrician put her on the iron drops supplement. Sure enough, the baby immediately started vomiting every time we gave her the drops. The doctor threatened to refer her to the hematologist for iron infusions. I asked her for a bit more time. First, we put her on spirulina. Her formula became a bright green thing, and she delighted in painting with it. The walls, the sheets, and everything she could touch. She was a happy baby! Full of energy. If you didn’t know she was anemic, you wouldn’t know. We tried that for 2 months, with no success. Her hematocrit only rose 0.2. So I once again took my research into my own hands and pleaded to try for one more month. She agreed, but said if it did not improve significantly in a month, she would have to have a transfusion.
This time, I did more research and found out that some people literally don’t absorb iron from plant sources. They need heme iron. From blood or organs. These are the people who can never be vegans. And it turns out, this is my family. We can NEVER be vegan. So, I started adding 4 oz. of raw calf liver to her formula every day. People said EEWWW. But honestly, I tried it. The formula just tasted a bit beefy. It wasn’t terrible. She sucked it right down! Anyway, 1 month later, her iron had risen significantly. More than 1.5. The doctor agreed to wait and test again, since it had risen so dramatically. 3 months later, it had risen to 12.6, from 6.6 when she was 6 months old and 6.8 when she was 8 months old. So by her birthday, it was considered low normal. The doctor was shocked, and kept checking her for all sorts of stuff. But she was a healthy baby, other than our genetic inability to absorb iron from plant sources. The hurdle was passed.

Anyway, that was the beginning of my journey to crunchy granola. The family that hosted the raw milk coop also introduced us to essential oils, and I started learning more about them. I became an essential oils addict, and every time I went to a class on them, I came home and threw away more of the toxic stuff in my house. Eventually, I learned more and more about Weston Price, whom I now know is considered the father of modern biological dentistry. I became intrigued, and just kept learning. My youngest was born in 2009, and over the next 3 years, I grew in my belief that modern dentistry was toxic as it was taught to me. I had never placed amalgams since dental school, but it wasn’t just about not placing them. I needed to learn more. By 2012, I knew that I either had to learn how to marry what I did with what I now believed, or I had to quit dentistry. Because I believed it was going to kill me if I didn’t change. My health continued to deteriorate. I cleaned up my diet by going gluten free (but not all the way to where I am now, which is gluten free, sugar free, organic, mostly dairy free, mostly grain free, and 80% veggies – that’s not the easiest thing to do, and it didn’t happen overnight). I cleaned up my home from toxic chemicals. And every advance I made holistically was met with progress in my health. I went to my first meeting with the IABDM in 2013 in Houston. And that meeting changed my life. I listened to Mr. Bill Henderson speak about natural cancer treatments and living cancer free. And I listened to Brad Bale and Amy Doneen speak about their book and program, called “Beat the Heart Attack Gene”. That was the beginning of my total transformation. I “dabbled” in biological dentistry before that, but I wasn’t a complete believer. After attending that meeting, I became a true convert. I geeked out. I couldn’t get enough of the information. I never realized how useful this information was going to be to me moving forward, but that is a topic for another blog!